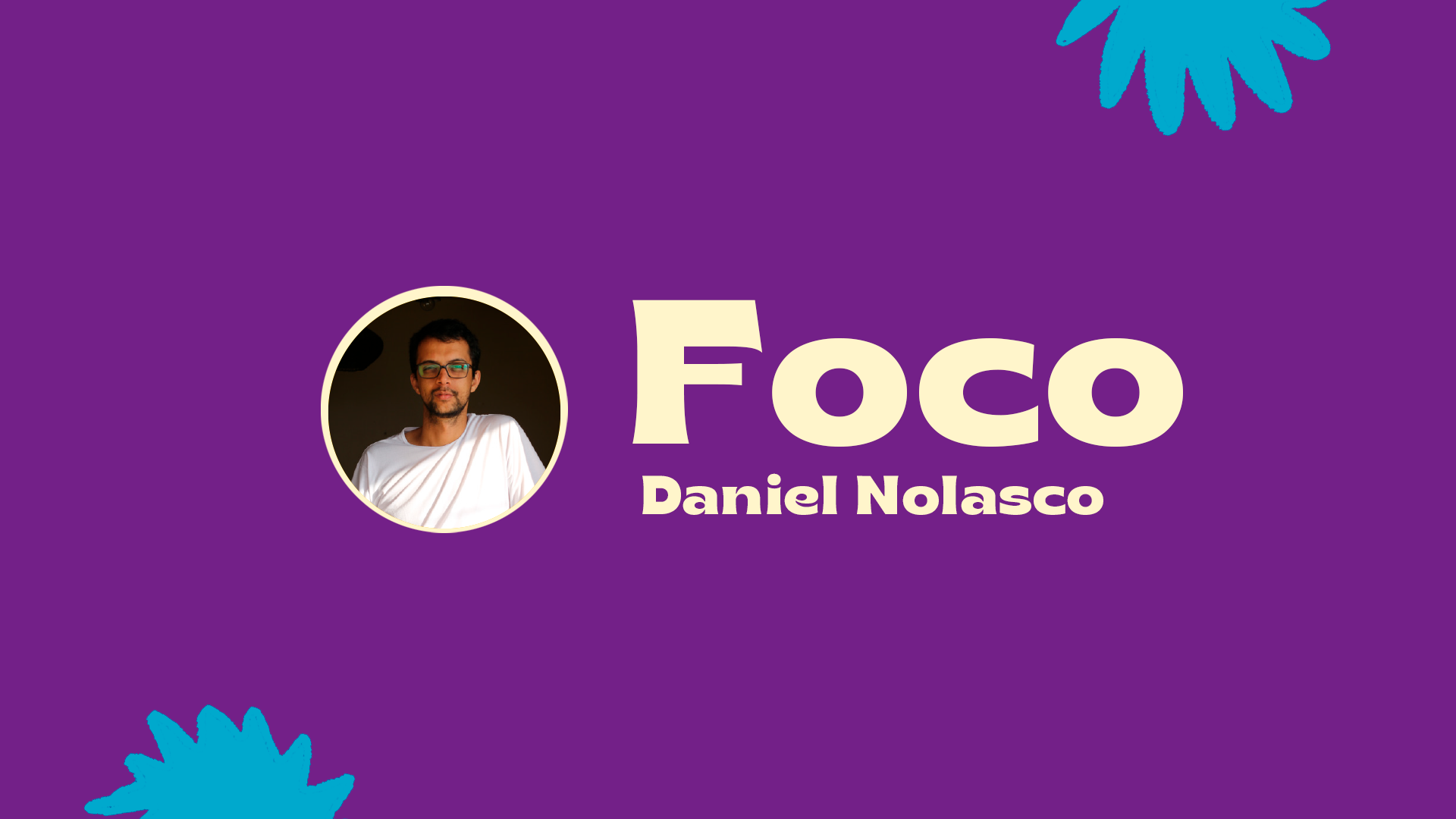 Born in the Midwestern state of Goiás, Brazil, in 1983, Daniel Nolasco set out to pursue his dream of studying cinema as he enrolled at the Fluminense Federal University (UFF), in Niterói, where he developed his first short films and established partnerships and collaborations that continued throughout his career. He returned to his home state at a thriving moment in the local scene, and directed a few more short films in addition to his debut feature, the documentary film “Paulistas” in 2017. Likewise, he filmed his most recent work amidst the Goiás hinterland, the fiction feature film “Dry Wind”, which premiered worldwide at the Berlin Festival in 2020, and now has its first Brazilian screening at Olhar de Cinema. Along with the two aforementioned films, this year’s Focus section also includes the documentary feature film “Mr. Leather” (2019) and an Open Conversation with the director.

In a somewhat hurried gesture, we could perhaps list two leading and distinct movements in Nolasco’s films, divided between observational documentaries, permeating previously established times and lives in each filmed space, and those that launch themselves into a (re)formulation of an imaginary for the male homoerotic body, built from the cinematic incarnation of a fetishist aesthetic. However, puncturing any stability in that separation, and challenging simple and sweeping categorizations, we find in his work an underlying infectious game between the concrete reality of everyday life and the desires and fantasies that tear it apart, all of which through a decidedly queer impulse that flourishes beyond the figuration of sexual dissidences and practices.

As we screen his films in 2020 Brazil, while a poorly managed pandemic becomes tangled with a political regime grounded on the persecution and annihilation (material and symbolic) of minority populations, directly affecting the control and management of bodies, of life and death, we delve into the urgency (or at least the desire) to envision more livable futures with and through cinema. Ironically, by revisiting memories, in the appropriation and reinvention of references and images from queer cinema and gay pornography prior to the HIV/AIDS epidemic, the filmmaker’s work unearths pleasures and subjectivities less confined to the serfdom of present time, insubordinate to the moralizing seizure of the erotic and political power of non-heterosexual experiences.

Concurrently, his work unveils geographic landscapes uncommon to the mainstream imagination of an allegedly “typically Brazilian” setting on the theater screen – almost always built from the contrast between the stunning beaches and the ancestral hinterland, or the suffocating metropolises against the density of the Amazon rainforest. From such deviations from every norm emerges an expression at the same time wholly unique and which foresees the founding aspects of a contemporary sensibility for another possible country.